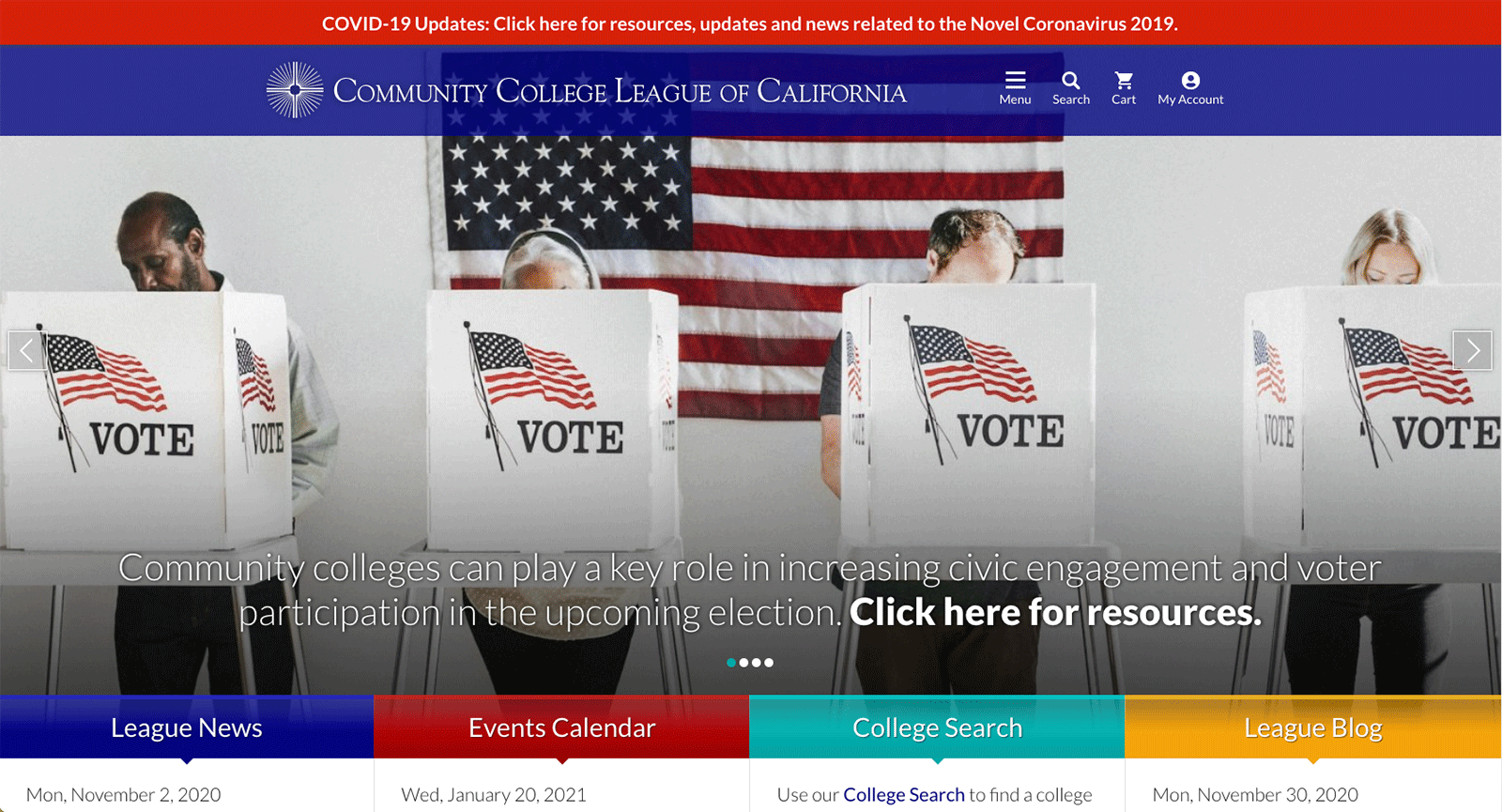 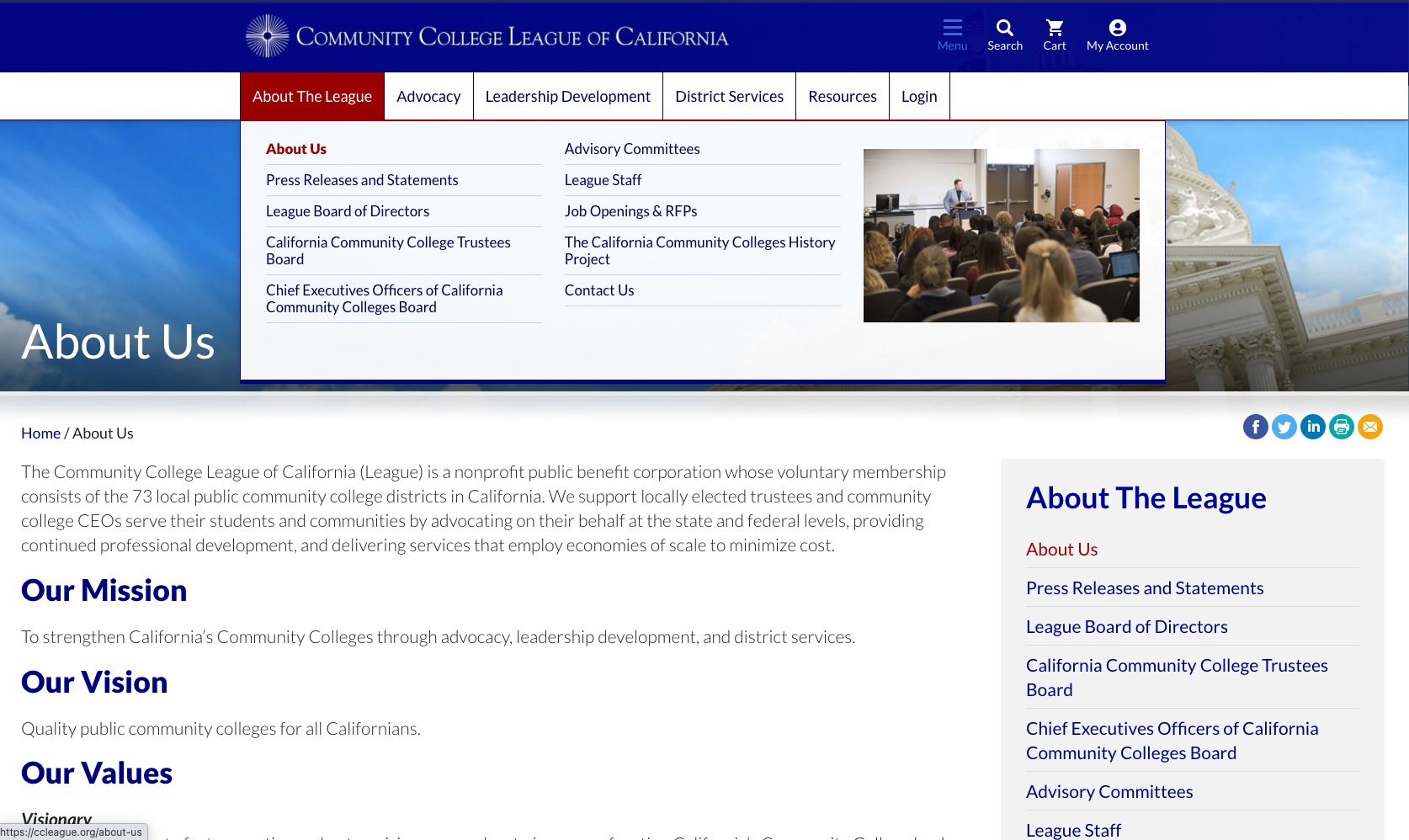 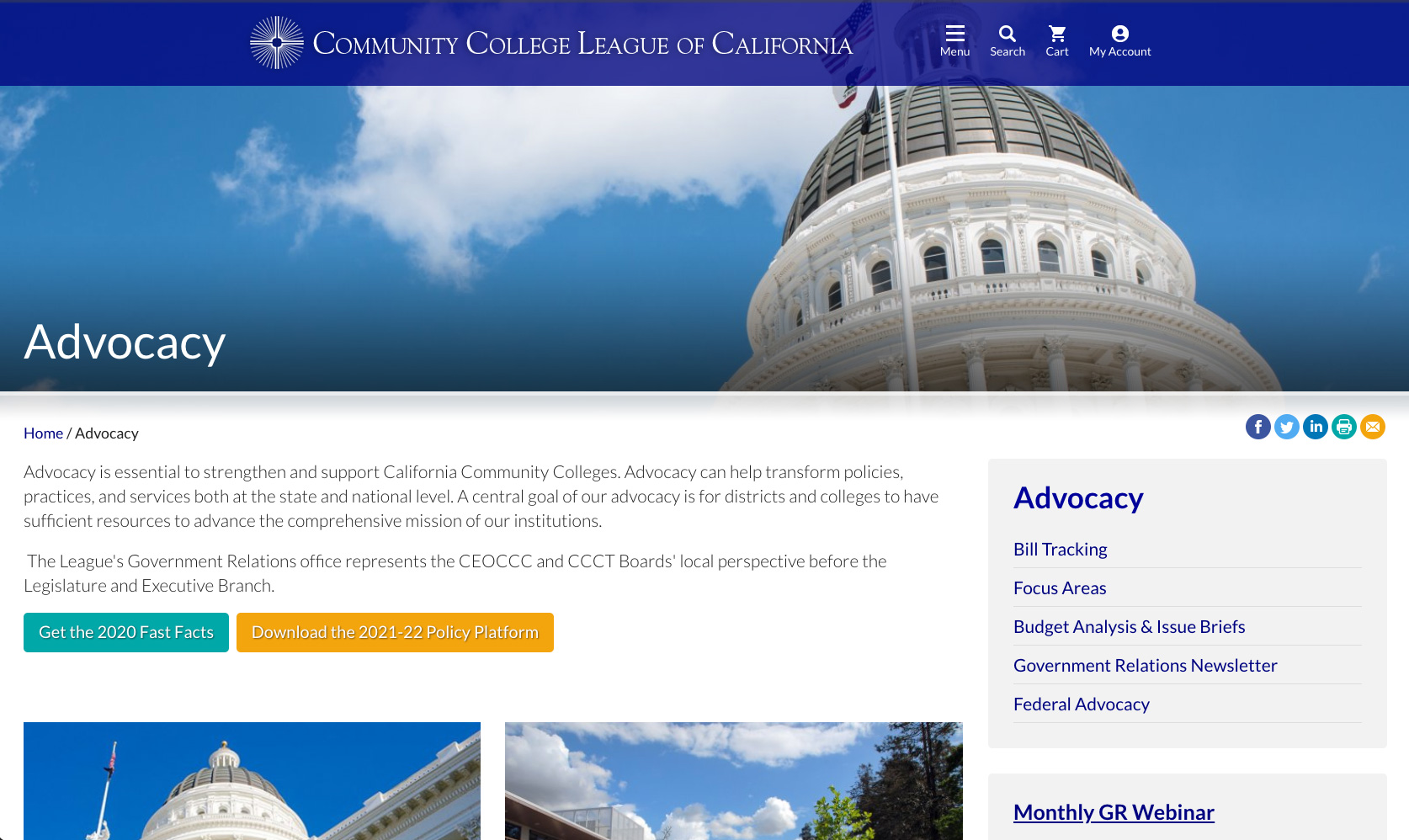 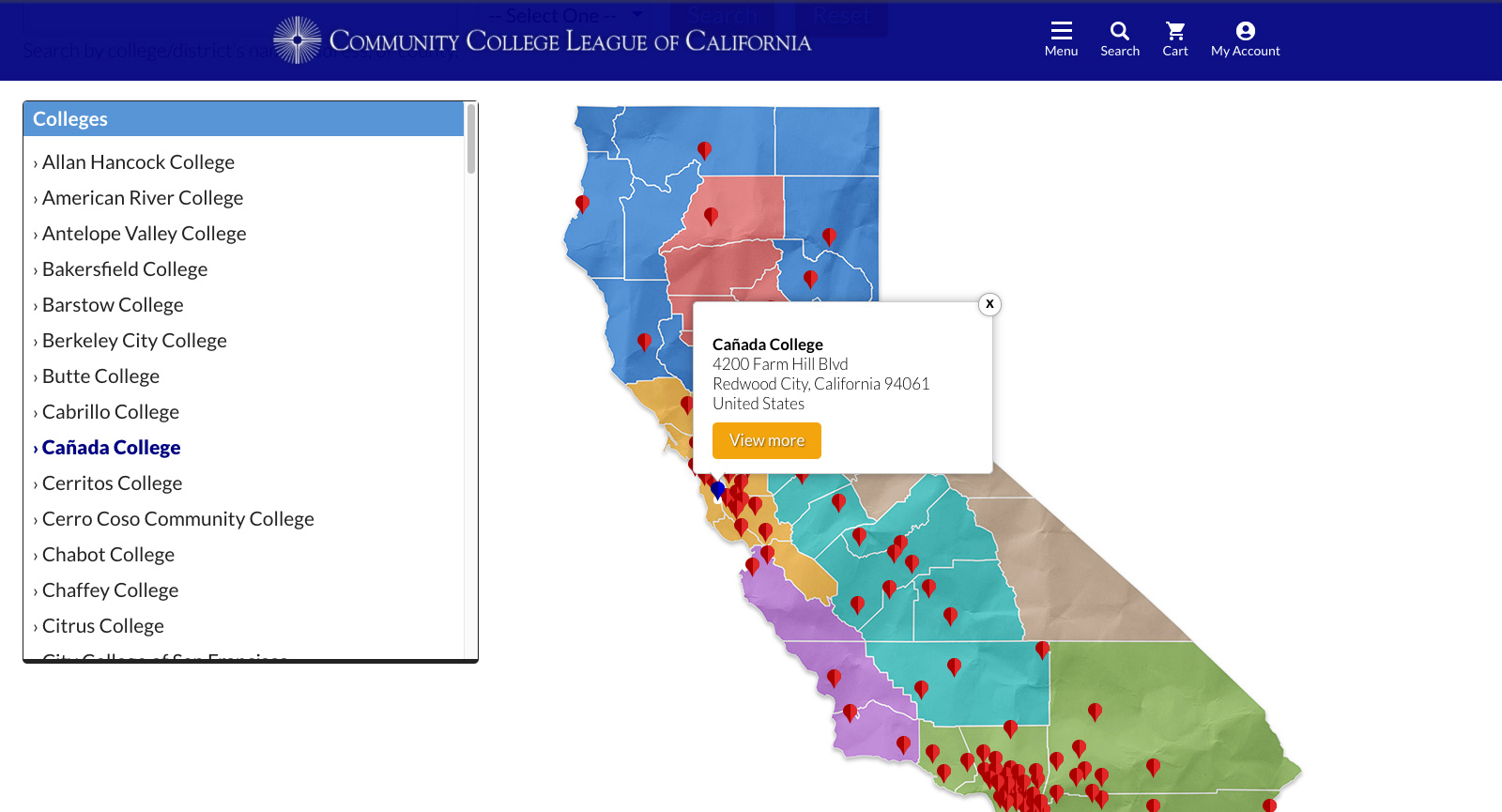 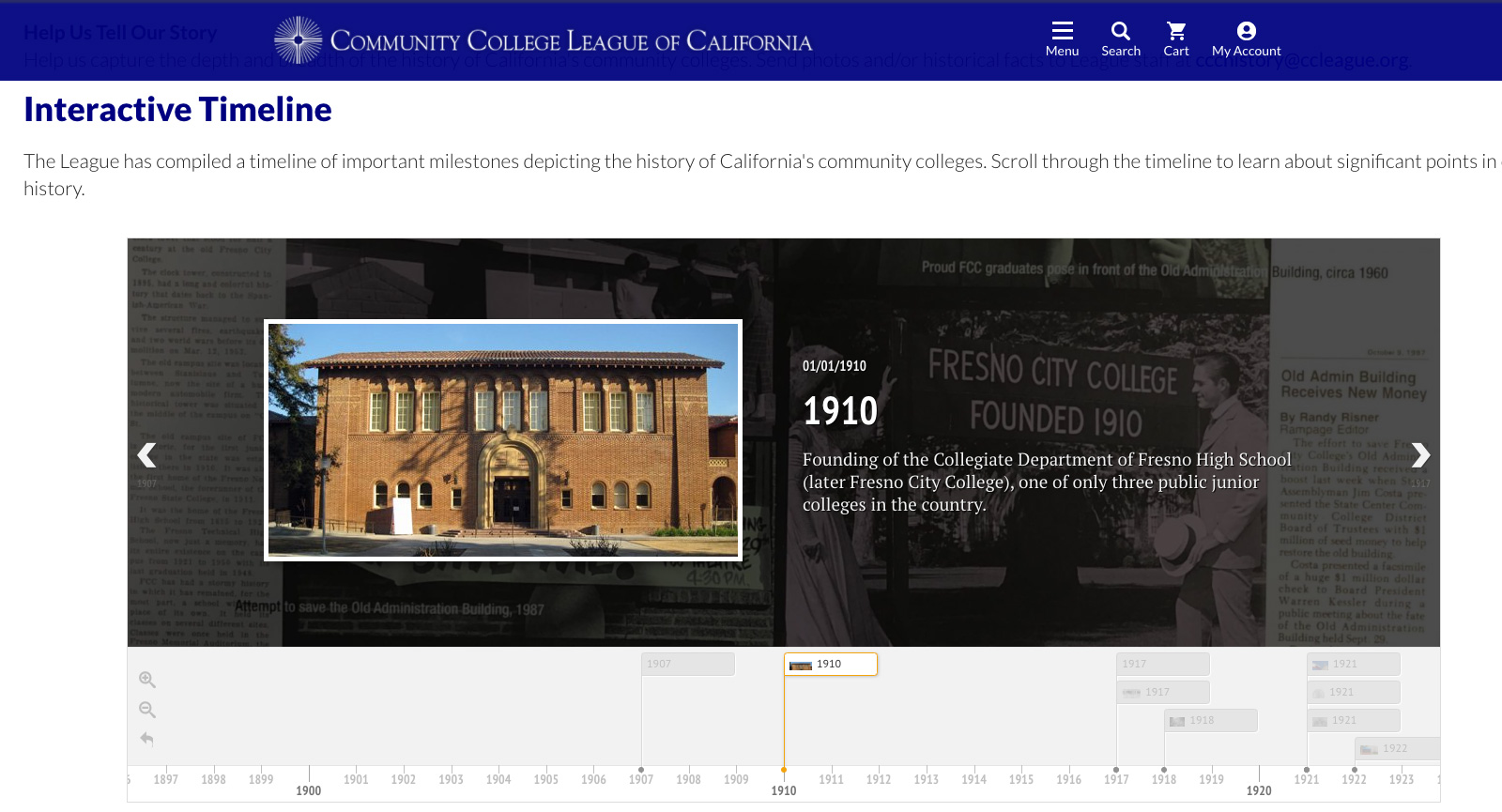 The Community College League of California is a nonprofit public benefit corporation whose voluntary membership consists of the 73 local public community college districts in California. The League supports locally elected trustees and community college CEOs to serve their students and communities by advocating on their behalf at the state and federal levels, providing continued professional development, and delivering services that employ economies of scale to minimize cost.

The League had been operating with a very outdated website and database system. Not only was the existing system difficult to use, it was not optimized for use on multiple platforms such as laptops, tablets, smartphones, and large-screen displays. The database system had been implemented in a way that lead to many duplicates and other relationship problems. Migrating the League's data into a new system while eliminating many significant issues would turn out to be a challenge. 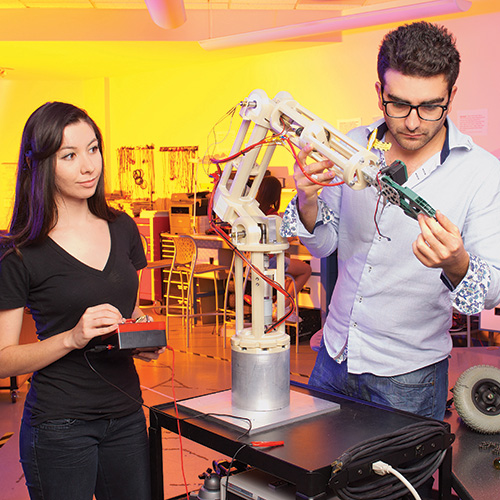 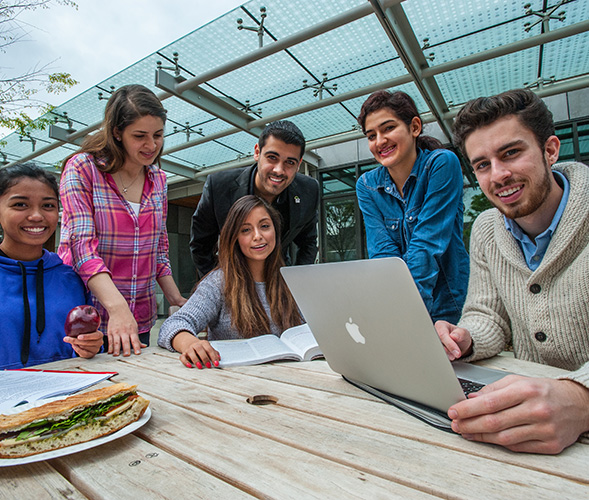 Aeronet's solution provides the Community College League of California with a robust website system that includes more improvements and enhancements than we can mention here. The site is now optimized for all screens, includes a highly custom event registration system, allows users to search the California Community Colleges using a map-based interface, and much more.

“The Community College League of California selected Aero to design a new public website and member database system in early 2017. We selected Aero based on their many years working with both associations and institutions of higher learning. We were also drawn to Aero by their custom approach which we hoped would lead to a system tailored to our membership and activities.

The results speak for themselves. The website is beautiful and really evokes the spirit of our organization and membership. Our member engagement has significantly improved. Our site is optimized for every type of display or mobile device. During the COVID-19 pandemic, Aero provided assistance and services that went above and beyond what we asked them for. We now have a new online registration system for virtual events as well as a message board that allows participants to initiate and sustain ongoing interactions with other virtual meeting participants even after the meeting is over. And critical to our internal operations, we have developed a very effective support relationship with Aero. This has led to a number of enhancements and upgrades to our system at a discounted price – very important in the non-profit world!” 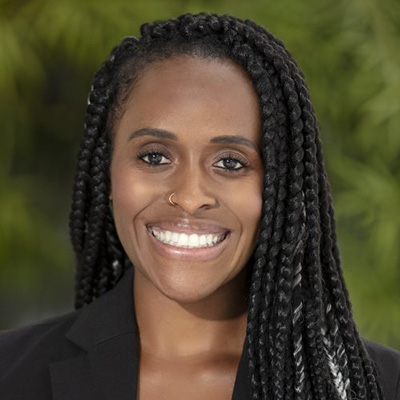